At Foodies festival we bring you the best Michelin star, Celebrity and Top local chefs cooking their favourite recipes and giving you top tips. Find out more about our top chefs...

My first job was as cook for a firm of solicitors. I cooked in a carpeted cupboard with a tiny fridge and tiny cooker so placed that you could only open one of them at a time. I graduated to cooking dinner parties for the partners’ wives, carrying fruit flans and shopping and my chefs knives on the tube (would get arrested today I guess), and then catering for bigger do’s – weddings and parties and balls.

Matt presents Food Unwrapped on Channel 4. Series eight of this award-winning food show is now in production. Matt, along with Jimmy Doherty and Kate Quilton, present the food and science series that travels the world to lift the lid on what's really in the food we eat.

Candice Brown is the winner of The Great British Bake Off 2016.
Born in North London, Candice grew up in the pubs that her parents ran – and that she famously immortalized in gingerbread for her most talked about showstopper – always chipping in when needed, be it pulling pints or mopping floors.

A Michelin-starred restaurant in London, outposts in Madrid and Mumbai, a south Indian place in Marlow and a newly opened British restaurant in Buckinghamshire – Atul Kochhar has certainly kept himself busy since moving to the UK in the 1990s. 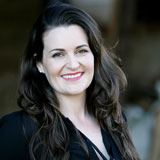 The Great British Bake Off Winner 2017.
After graduating with a Masters in Psychology from The University of Toulouse Sophie joined the British Army as an Officer in the Royal Artillery.
It was on leaving the Army and finally having a kitchen of her own that Sophie discovered her love of baking and passion for patisserie. She volunteered to make a friend's birthday cake and never looked back!
It was Sophie's boyfriend, David who entered her into Channel 4’s The Great British Bake Off competition which saw her crowned winner. She wowed the judges and viewers alike with her show stopping bakes and her ability to hold her nerve in that famous Bake Off tent! Stand-out creations include her champagne cake, described by The Radio Times as ‘a work of genius’, and her trifle terrine which won her the Star Baker award in Week 5.
When not baking, Sophie is training to be a stuntwoman and enjoys track cycling, rowing and travel. She lives in Surrey with David and cat Loki.

Dean Edwards likeable persona and family friendly cooking style has made him a firm favourite on ITV's ‘Lorraine' since 2010 but he first made his debut on ITV's ‘This Morning' in September 2009 where he featured in a weekly cookery slot, creating dishes for the ITV audience.

Rosemary endeared herself to the nation when she took part in 'I'm a Celebrity, Get Me Out Of Here' where she proved she could cook just about anything, anywhere.  She is best known for appearing on many TV cookery programmes including; ‘Ladette to Lady', ‘Rosemary Shrager's School for Cooks', ‘This Morning', ‘The Alan Titchmarsh Show'.

Josh Eggleton grew up in South Bristol near the picturesque Chew Valley, and the chef has always been family orientated. Now running a hugely popular Michelin-starred pub with his sister Holly, Josh Eggleton also cites his grandparents and father as integral to his early fascination with food.

"I come from a family of cooks, my nanny Pearce was a wonderful cook who baked beautiful cakes and dishes. My mum is a fabulous cook of really good traditional food and my dad, who has always worked in food sales, would go to the markets and bring home different and interesting foods. My brother Colin and I share a great passion for food."

After securing a work experience placement in a hotel kitchen, he spent the next two years catching the No 966 bus to the Metropole Hotel at the NEC where he was quickly promoted to making salads and flipping burgers. A six year stint followed, gaining experience in every department from banqueting to the A La Carte Terrace Restaurant, where he discovered his talent and passion for fine dining. It wasn’t long before he began winning awards including the prestigious Salon Culinaire. 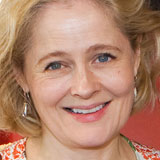 Xanthe Clay misspent her youth backpacking round Arabia, China and South America, eating and drinking her way through the good (mezze, ceviche and dim sum) the bad (camel tripe) and the downright dangerous (bootleg pisco sours).

As a young man Gary Jones applied himself completely to the task of becoming a world-class chef. Hailing from Merseyside, he did a two-year catering course at Carlett Park on the Wirral while spending his evenings and weekends working in various small restaurants in the area.